A downloadable game for Linux

GeoBattle is an in-development game about shooting colorful enemies with colorful bullets in a top-down, fast paced shooter that draws from the likes of Teleglitch and Nuclear Throne.

Development is mostly on hold, with a few bug fix releases here and there. This project was one of my first experiences using GMS2 and I've since begun work on a proper remake of it.

Right now, the game exists as more of an arena shooter while its in development and basic gameplay features are being added. However, roguelite features are making their way into the game!

This game supports a gamepad!

That's been an issue for several versions that I've struggled to fix. Thanks for the report though, maybe I'll get around to fixing it.

I found some graphical errors with weapon sprites and chests ( weapons randomly change their looks when swapping and the opened chests and unopened ones use the same icon on minimap) in the recently uploaded version.

But I'm fine with them as they don't affect the gameplay.

I have found a fatal issue in this version. Sometimes when the level is generated, The loading never ends and the game eventually dones't response, probably because the game fell into the infinite loop while generating the level. Hopefully It doesn't happen in the reloaded version yet.

I have a version on my computer with that fixed I believe. I'll check and upload it quick.

This game is really fun. I was looking for a shooter with procedurally generated maps because randomized maps makes the game more fun and unexpectable, And I can say that this game is the best one in itch.io. The controls and shooting of this game is simply perfect, which is the most important part of the shooter. It's like Teleglitch, but much better than that one with no ammo starvation and more randomized levels. Thank you so much for making this !

While the gameplay already feels perfect and I hadn't find any bugs yet, there's a small graphical issue on the player's sprite. When I'm using blue and red weapons, The colored circle sprite isn't placed on the exact center of the player unlike green and yellow ones. It's just a small graphic issue that doesn't affect the gameplay,  but I hope that tiny thing to be fixed so this game would be perfect !

Great!!! So glad you are keep working on this game!!!

wow, didn't think anyone actually played this. maybe I'll be arsed to keep working on it someday.

fwiw, it shouldn't freeze there, it just might take a moment or two to go onto the next door placing attempt. I added an exit condition if theres no place to put one or if it fails 500 times or something.

what do your door checks do?

is there any chance i can get the GM project file ( is it GMS? cause i dont have 2.. ;_; ) to do some mods for this?
some ideas for options i wanna add to play around with are stuff like smaller maps, less ammo, health is a pickup not a drop, and a purchase system where things like dash/minimap/dodge..etc, need to be bought (maybe 1 point every level) so you have less to work with, making each system more valuable - but also meaning character customisation each run. If that's cool talk to me at: greganims1@gmail.com :)
ps - i did a similar pro/con system in my game Still Not Dead, but it was mandatory after each level and called blessing/curses haha

another idea: no chests/ammo/hp, but you get full health at the start of each stage. guns have 5-15 shots each but 1 in 3 enemies will drop their types gun (bit like hotline miami?), attacking without a gun does a crappy melee + but you can hold down click to throw a gun as a grenade. also some kind of progression you unlock the more you play, like access to harder areas, more skillful weapons / character types.

also: holding down Rclick after a dash to sprint (but you cant shoot)

Hey these are all great ideas, and the kind of stuff I was looking for when I was missing direction in this project and abandoned it. It is written in GMS2, but perhaps we could work together to bring this back to life.

The code is.. not pretty. This was my second ever GM project and I did all of it in like 28 days or something and the burnout from that is most of what keeps me from coming back to it. But if someone else cares enough about it to want to improve it, maybe it's worth digging through again.

If i can get the project to open in GMS i can take a look and maybe refactor a bit (are u using scripts, macros, globals, state machines/enums, parenting?). Could also load most of the variables and such from a text file (.ini) so its easy to mod without even opening gamemaker. I had a very similar thing happen on still not dead, i smashed out the prototype in a month and after that had a hard time even looking at the project it was such a mess -__-' lessons learnt, i think in future i'll try to clean the code as i go :P

Reply
View more in thread
Reggie Is God2 years ago

Hey man, If you want anything, hmu 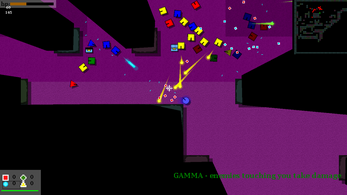 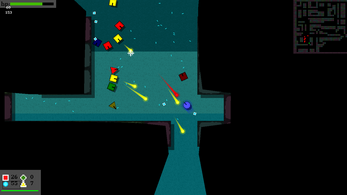 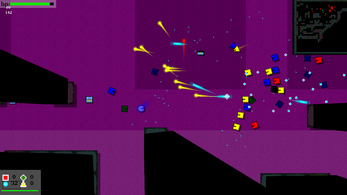 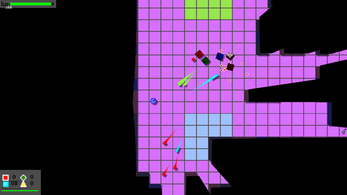 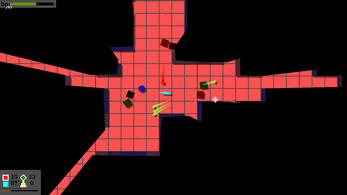